In June 2022, the Fair Work Commission (FWC) for the first time upheld a mandatory vaccination policy imposed where a public health order did not apply.

Similar to the BHP case we have previously discussed (click here), this FWC decision again highlights the importance of workforce consultation when proposing to implement mandatory vaccination policies.

ASC is a Commonwealth-owned business, which maintains six ‘Collins-class’ submarines at facilities in South Australia and Western Australia.

The dispute arose when ASC introduced a COVID-19 policy, requiring employees and contractors to be double vaccinated against COVID-19 before entering ASC’s worksite at Osborne, South Australia.

ASC had identified that there was an increased likelihood that the COVID-19 pandemic would have a greater impact on its business due to spikes in infections throughout Australia.

ASC then surveyed its workforce to understand the impact and risk mitigation strategies needed to manage COVID-19.  Participation in the survey was voluntary, and ASC at the time had no intention of implementing a company policy mandating vaccinations.

Then, the South Australian Government announced that it planned to shortly open its border.  The Australian Navy, a major client of ASC, had also announced that persons on its vessels in open water were required to be double vaccinated.

Those Phase 2 Controls meant that ASC employees had to be double vaccinated by a certain date or face termination of employment for failure to meet the inherent requirements of their role, unless a personal or medical exemption applied.

Following the additional consultation, ASC communicated its decision to proceed with the policy changes, with some modifications. The modifications included no longer retaining vaccination certificates or medical exemptions and included a show cause process for non-compliant employees.

The Unions, however, continued to dispute the implementation of the Phase 2 Controls, resulting in consultation continuing for a further 3 months including a review of the risk assessment prepared in respect of the policy.

ASC then again advised its workforce that it was proceeding with implementing the policy, including the Phase 2 Controls.

The FWC was required to determine whether ASC had met the consultation requirements contained within its EA, and whether requiring workers to comply with the policy was lawful and reasonable.

The Unions argued that the easing of public health restrictions supported its argument that ASC’s vaccination mandate was unreasonable and a disproportionate response to COVID-19.

In reaching its decision, the FWC said that consultation should be meaningful and engaged in before an irreversible decision has been made. The obligation will only be met where a party has a real opportunity to influence the decision maker.  Consultation is not merely about the impact of a decision and means to mitigate the impact, but about the decision itself.

In finding that ASC had met its consultation obligations under the EA, the FWC said that:

In considering lawfulness of the Phase 2 Controls, the FWC said that for a direction by an employer to be lawful it must at least pertain to employment (that is, be within the scope of the employment relationship) and must not be to do with something which is unlawful.  The FWC determined that where ASC complied with its consultation obligations under the EA and WHS legislation, a direction to comply would be lawful.

Further, the FWC said that it did not consider the requirement to show proof of vaccination or medical exemption as being inconsistent with the Australian Privacy Principles.  It was satisfied that the information required was reasonably necessary for the implementation of workplace policies in active compliance with health and safety obligations under the EA and the WHS legislation.

In considering reasonableness, the FWC said that it was not unreasonable for ASC to consider that the Phase 1 Controls were not adequate to mitigate its assessment of risk due to COVID-19.

In considering proportionality to risk, the FWC weighed numerous factors, including the right to bodily integrity and the fact that the policy provided for medical exemptions, and determined that the Phase 2 Controls, being mandatory vaccination, were not a disproportionate response to the risks presented by COVID-19.

When proposing to implement  vaccination policies, or any other policy for that matter, employers should ensure that the consultation terms of any applicable enterprise agreement or modern award  are complied with.

In addition, it will be critical that employers are able to demonstrate that any direction for employees to be vaccinated is reasonable. The Fair Work Ombudsman has usefully provided a list of considerations that may be relevant when determining whether a direction for employees to be vaccinated against COVID-19 is reasonable, which can be accessed here. These considerations include:

If you would like further information, please get in touch with the Employment team at McCabes Lawyers. 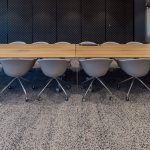 The building industry is on the brink of collapse… what does that mean for me?