If a Worker with Highest Needs is able to earn a substantial amount from their ongoing employment, are they entitled to receive the entire statutory amount prescribed under Section 38A, in addition to their income, or are they only entitled to the balance? This interesting case deals with the legislative construction of section 38A of the Workers Compensation Act 1987 and is a continuation of our earlier Case Note on the Presidential decision in Hee v State Transit Authority.

Mr White (the Applicant) suffered injury to his right wrist in 2005 during the course of his employment with Vostek Industries Pty Limited (the Respondent). Primary liability was accepted and an entitlement to weekly benefits and medical expenses ensued.1

The Applicant was subsequently classified as a ‘Worker with Highest Needs’ within the meaning of Section 32A of the Workers Compensation Act 1987 (the 1987 Act).2 This was based on the AMS finding of 32% WPI in 2010.

The Applicant eventually returned to the workforce and was earning $984.50 gross per week. His solicitors made a claim in May 2016 under Section 38A(1) of the 1987 Act. The claim was for the full minimum statutory amount of weekly benefits prescribed under that section for a Worker with Highest Needs. That section reads:

‘If the determination of the amount of weekly payments of compensation payable to a worker with highest needs in accordance with this Subdivision results in an amount that is less than $788.32, the amount is to be treated as $788.32.’

The Insurer disputed the claim on the basis that the Applicant was, at maximum, entitled to $1,300 based on his pre-injury earnings; so, taking into account his actual earnings, it offered to pay the gap, but no more.

The matter proceeded to the Workers Compensation Commission (WCC) where it was agreed that the only matter in dispute was the construction of Section 38A.

Senior Arbitrator Capel found in favour of the Applicant in the first instance: That the Applicant was entitled to the entire amount of $788.32 under Section 38A, as adjusted for inflation, in addition to his actual earnings from employment.

The Respondent appealed on one issue only, namely whether the Applicant was entitled to the minimum statutory payment under Section 38A irrespective of his actual earnings from employment.

The Respondent argued that the wording of Section 38A, if adopted literally, would create a paradoxical situation allowing the Applicant to receive an amount of ‘compensation’ that was in fact higher than his pre-injury earnings. In other words, it would put the Applicant in a better position (not just the same position) had it not been for his injury.

The Respondent then advanced the following proposed interpretation of Section 38A:

‘If the determination of the amount of weekly payments of compensation payable to a worker with highest needs in accordance with this subdivision results in an amount that is less than $788.32, the amount [of a worker’s combined weekly compensation payments, non-pecuniary benefits and earnings or deemed earnings] is to be treated as $788.32.’3

President Keating noted that the Minister’s second reading speech could not be reconciled with the language of Section 38A as it stood because the Minister had stated:

‘…the bill will ensure the workers with the highest needs will receive a minimum amount of $788 each week, which will comprise the benefit paid for by their insurer and any post-injury earnings of the worker’.4 [Emphasis added]

President Keating also noted of the Explanatory Note to the Workers Compensation Amendment Bill 2015, which in part introduced Section 38A, where it was expressly stated that the amount under Section 38A was to mean a combined total of compensation and earnings.5

Having regard to the above, the President agreed that the interpretation of statue law must not result in illogical findings but stressed that foremost regard must be had for the ‘language in fact used’.6 It was clear, in his view, that the legislature did not adopt the early wording when the statute was ultimately enacted and, inescapably, the President found himself forced to interpret the finalised text in a literal fashion. He concluded:

‘It follows that the provision must be given its ordinary and grammatical meaning, even if it results in an outcome that may be anomalous or result in a “bonus”…’ 7

President Keating dealt with Section 38A in the matter of Hee v State Transit Authority earlier this year.8 In that case, the President found that a Worker with Highest Needs who cannot establish incapacity under the provisions preceding Section 38A is not entitled to any weekly benefits under that section.

Applying Hee and White together results in a poignant reality: If a worker with 32% WPI is able to work at a pre-injury level, then they will not be entitled to any compensation under Section 38A. If that same worker is able to work at below that pre-injury level, then they will be entitled to the whole of their actual income from employment plus the amount of $788.32 as indexed.

Is this not but the ultimate deterrent for a seriously injured worker wishing to return to their pre-injury duties?

The WCC has adopted an ‘all or nothing’ interpretation of Section 38A, despite early parliamentary  sentiments that offered a more moderate approach. This decision arguably goes against the deep-rooted common law principles of ‘compensation’, being a legal concept that applies where there is an actual loss. Still, this outcome is inevitably  the product of the open-ended wording of the amendments enacted in 2015, the confusion from which is only now becoming apparent.

The reader will be interested to know that a further appeal in Hee was heard by the Supreme Court on 15 October 2018. Stay tuned for a third Case Note in this series.

PrevPreviousAbandoned claims and sunk costs: Apportioning costs to reflect ‘wins’ and ‘loses’ in litigation
NextHow to respond to requests for flexible working arrangements under the new modern award provisionsNext 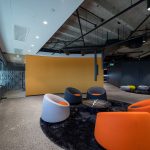