Implications
PrevPrevious“Liability of a head contractor for injuries sustained to an employee of an independent sub-contractor”: Mambare Pty Limited t/as Valley Homes -v- Rebecca Irene Bell in her capacity as Administratrix of the Estate of the Late Simon James Bell & Anor [2006] NSWCA 332
Next“Duty of care owed to intoxicated motorists”: Vale -v- Eggins [2006] NSWCA 348Next 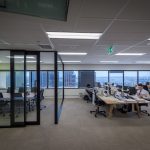 The reasonable response to do nothing: NSWCA posts a win to home owners