When Is A Real Estate Agent Really Entitled To Commission?

It is not uncommon for an agent to attempt to claim commission from a vendor for having introduced the purchaser to the property even though the purchaser had ultimately signed a contract through a different agent after the initial agent’s exclusive agency period.

Often in a contract for sale of property, the vendor will insist on a warranty from the purchaser that the purchaser was not introduced to the property by any agent other than the agent named on the front page of the contract, as well as an indemnity for any breach of the warranty. The vendor in such circumstances is attempting to avoid being out of pocket in paying another agent commission should another agent successfully claim commission for introducing the ultimate purchaser to the vendor or property.

But does the mere act of the agent showing the purchaser the property allow the agent to claim commission for the eventual sale?

Most recently, in West Property Solutions t/as Century 21 West Property Group v Lewis & Anor [2015] QCATA 42, during the exclusive agency period, West (the First Agent) presented a contract for sale of land signed by the purchasers to the vendors. The contract was not accepted by the vendors.

After the First Agent’s exclusive agency period expired, the vendors signed a contract with the same purchasers through a subsequent agent. The First Agent then claimed commission on the sale.

In LJ Hooker v Adams, the High Court found that an agent will be entitled to commission where the agent introduces a person to the vendor or property who ultimately becomes the purchaser of that property. However, the agent must show that the introduction was the effective cause of the sale.

Effective cause means more than merely being a cause of the sale. The question is whether the actions of the agent really brought about the relation of buyer and seller: Moneywood Pty Ltd v Salamon Nominees Pty Ltd (2001) NSW ConvR 55-978.

The following cases illustrate the effective cause of a sale:

It is also evident that the circumstances in which an agent will be entitled to commission can be uncertain and really depends on the agent’s performance at the time.

Whilst purchasers entering into a contract for sale of land may consider resisting any indemnity in respect of any other agent’s commission, often such an indemnity clause may prompt the purchaser to disclose any previous connections to other real estate agents that may attempt to claim commission from the vendor, which may be addressed at the relevant time.

This article is not legal advice. It is intended to provide commentary and general information only. Access to this article does not entitle you to rely on it as legal advice. You should obtain formal legal advice specific to your own situation. Please contact us if you require advice on matters covered by this article. 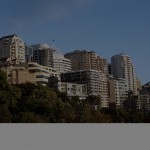 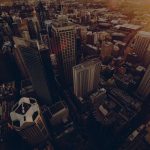 News alert: Introduction of the Retail and Other Commercial Leases (COVID-19) Regulation 2021