What is the extent of the duty of decision makers to address arguments made by a party to a medical dispute? The Supreme Court provides the answer in Stanizzo v AAI Limited t/as GIO.

Vincent Stanizzo (the Claimant) was injured in a motor accident. The Insurer issued a liability notice accepting that the cause of the accident was the fault of the Insured driver. As he was not at fault, the Claimant was entitled to reasonable and necessary treatment and therefore requested funding of a cervical cord decompression surgery, as per s3.24 (1)(a).

The Insurer declined this medical request on the grounds that the need for the surgery was not caused by the accident. The Claimant then sought an internal review, and the decision was affirmed. The Claimant referred the medical dispute to the Personal Injury Commission and Medical Assessor Dr Raymond Wallace was allocated to determine it.

(1) there was no evidence to support the Medical Assessor’s finding that the Claimant had suffered symptomatic cervical canal stenosis for 11 years prior to the accident;

(2) the Medical Assessor had failed to address the Claimant’s substantial and clearly articulated submission that he had been asymptomatic for four years prior to the accident;

(3) the Medical Assessor’s reasons were insufficient; and

(4) the Medical Assessor failed to put his assumption about the pre-accident symptomatology to the claimant and thereby failed to accord procedural fairness to the Claimant.

On 20 April 2021, the President’s delegate refused the Claimant’s application and classified the dispute as “simply a difference of opinion between medical practitioners”. This refusal was challenged by application to the Supreme Court.

The court found that two errors which correspond to grounds (2) and (3) amount to error of law and jurisdictional error.

The Medical Assessor’s decision was set aside, as the Claimant’s submission that he had been asymptomatic in his cervical spine for four years prior to the accident was not addressed by him. Specifically, the Court observed, at [13] & [14]:

“It is an aspect of procedural fairness that a decision-maker consider and address the arguments put by a party against whose interest the decision is to be made…. Where there is a legal obligation to give reasons (as there was in the present case by reason of s 7.23(7)), the decision-maker is required to set out the “actual path of reasoning” by which the conclusion was reached…..

The claimant’s claim (that the injuries sustained in the accident had caused or contributed to the need for surgery) was based on his having been asymptomatic in his cervical spine for four years prior to the accident. Not only was this submission (and the associated evidence) not addressed by the Medical Assessor, but he made a finding to the contrary without referring, or apparently taking into account, what the claimant had put to him. This amounts to a denial of procedural fairness.”

Why is the case so important?

This case illustrates the importance of challenging decisions where arguments properly brought to the decision maker’s attention, are ignored or overlooked, or where the path of reasoning leading to the decision is unclear.

PrevPreviousSustainability amendments to the Strata Schemes Management Act: A pathway for greener NSW apartments
NextWhat’s employment got to do with it? Policy interpretation goes against employers in QLDNext 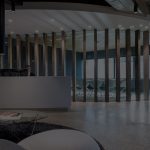 Obligations of Decision Makers to disclose material relied upon 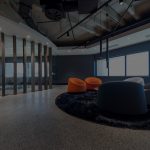 Direct or indirect consequence of a motor vehicle accident; what is the correct test of causation?