The Queensland Supreme Court refused to make a declaration that a professional indemnity policy should cover an insured for claims for compensation arising from alleged misleading and deceptive conduct under the Australian Consumer Law (ACL) while the insured acted as an employer, or prospective employer. This application concerned the operation of two exclusion clauses in the policy pertaining to the company’s liability as an employer, in circumstances where Employment Practices Liability cover had not been taken out as an optional extension of the policy.

Corestaff NT Pty Ltd (Corestaff), operated a ‘labour-on-hire’ business whereby it hired workers from overseas for jobs in Australia, arranged their work visas and connected them to its client organisations for a fee.

Corestaff sought cover for any liability it may have from its professional indemnity insurer, IAL. IAL denied cover on the basis that cover was excluded for claims:

Importantly, cover for Employment Practices Liability was an optional extension available under the policy that had not been taken out and was defined in the policy to include ‘any actual or alleged wrongful or unfair employment-related … misrepresentation … [or] failure to employ’.

The Court held clause 7.9(a) used broad language with the words ‘based upon, directly or indirectly arising from or attributable to’ that should be given due regard and operated beyond claims which directly arose out of an actual employment relationship.

Her Honour was also persuaded by the fact that additional cover was available to Corestaff which was not taken out and would have likely operated to cover Corestaff for the claims made against it. Her Honour referred to the fact that these were commercial parties and the words in the Employment Practices Liability section ‘Notwithstanding section 7.9a), b) or c), we Cover…’ gave a strong indication that, but for this additional cover, the exclusions would have effect.

The Court also adjudicated on the operation of clause 7.9(c) and accepted Corestaff’s argument that the commercial intention of the exclusion was to pertain specifically to unlawful discrimination, and the words in parentheses only operated to add additional scope to the words that preceded them. This construction was found to best accord with the test, context and purpose of the clause and was not applicable to the claims the subject of the application.

Based on the operation of clause 7.9(a), cover could be excluded and Corestaff was unsuccessful in its application.

This decision provides a useful restatement and application of principles of policy construction developed over time and affirms a court’s commitment to giving these agreements commercial efficacy.

It is important to always consider whether a clause utilising broad language such as ‘directly or indirectly’, ‘arising from’ or ‘attributable to’ has been afforded a broad application to the circumstances of the claim or occurrence the subject of the request for cover.

This case represents a win for insurers where optional extensions of cover have not been taken out by insureds, and there is some ambiguity in the circumstances of the claim which could opt for an extension of cover despite that extension not being taken out. In those circumstances, an insurer should ask itself if it makes commercial sense that cover would still be available to an insured without it opting to pay a higher premium for the extension of cover that was offered.

PrevPreviousWhat is the extent of the duty of decision makers to address arguments made by a party to a medical dispute? The Supreme Court provides the answer in Stanizzo v AAI Limited t/as GIO.
NextMedia release: We are McCabesNext 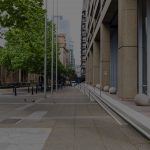 What is the extent of the duty of decision makers to address arguments made by a party to a medical dispute? The Supreme Court provides the answer in Stanizzo v AAI Limited t/as GIO.