Another round of job cuts is likely imminent with JobKeeper 1.0 having come to an end on Sunday.  Letting staff go is never easy, but during the midst of this global pandemic it may be necessary for many businesses trying to stay afloat.  Although making an employee redundant is never entirely without risk, being alert to the legal requirements is the first step to avoiding a claim.

The first phase of JobKeeper 2.0 sees eligible employers receiving $1,200 per fortnight for each qualifying employee working an average of 20 or more hours per week, and $750 per fortnight for those working less than an average of 20 hours per week. These amounts will be further reduced during the second stage of JobKeeper 2.0, which begins in January 2021.

The latest figures from the Australian Bureau of Statistics showed a decline in Australia’s unemployment rate since July. While this sounds promising (given we are now officially in a recession) a shift is likely to now take place as some businesses who were relying on the $1,500 fortnightly subsidy will find themselves grappling with their labour costs.

Redundancies are a typical course of action for businesses who need to cut staff costs. However, now, more so than ever, employees are challenging redundancies. For instance, in May 2020, the Fair Work Commission revealed that unfair dismissal claims increased by 70% off the back of the COVID-19 pandemic. Employees’ emotions are no doubt heightened as they face the tough task of re-entering the job market.

Our advice: be prepared. Redundancies need to be managed properly as there can be serious ramifications for employers who get it wrong.

An employee’s position is redundant if the employer no longer requires that position to be performed by anyone because of changes in the operational requirements of the business, which include circumstances where the business experiences a downturn and requires less staff to perform a particular task or duty (i.e. cutting the number of employees in a particular position from, say, 5 to 3) or the business is to be restructured such that the tasks performed by one employee are redistributed between several others such that the employee’s position no longer exists.

Employers need to ensure that there is a real and objective reason for eliminating a person’s position. While it may seem like an apt opportunity to rid the business of a problematic employee, this may result in the employee bringing one of a number of claims against the business.  For example, only recently Sydney’s Macquarie University was ordered to pay more than $600,000 in compensation and penalties to a former “difficult” employee for making her position redundant because she had complained about her supervisor. Discrimination complaints may also be raised if the employee feels they were selected for redundancy due to the existence of a protected attribute (such as their sex, race or parental responsibilities).

Most employers have an obligation to seek redeployment opportunities for an employee before terminating their employment on the basis of redundancy.  Accordingly, before terminating an employee, those employers must consider whether there are any other roles the employee could perform within their enterprise, or the enterprise of an associated entity of the employer.

When terminating an employee on the basis of redundancy, notice of the termination, or a payment in lieu of that notice period, must be provided in accordance with statutory or contractual minimums.

Under the Fair Work Act, employees are entitled to up to 16 weeks’ redundancy pay, depending on their length of service. Small businesses (those with fewer than 15 employees, including regular and systematic casuals) are excused from paying redundancy pay, however some cash-strapped employers may apply to pay a reduced amount (or nothing) if they are able to show they do not have the capacity to pay.

Some businesses will have their own redundancy schemes entitling the employee to additional benefits such as increased redundancy pay, redeployment opportunities, or outplacement services, which the employer must adhere to.

While casual employees typically do not have access to any redundancy benefits, they too can bring a general protections or discrimination claim, or in some cases an unfair dismissal claim, if their termination is for an unlawful reason, or is considered harsh, unjust or unreasonable.

Redundancies are a challenging time for employees and businesses alike, but taking the time to carry out a redundancy correctly can save a cash-poor business additional money and stress down the line.

*This article was first published by Smart Company. 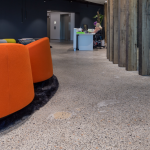