Sexual harassment in the workplace traditionally involves offensive or unwelcome behaviour of a sexual nature from a colleague or manager. However, in a more unusual decision, two companies were recently found liable for $200,000 in damages after featuring a worker in a health and safety poster.

In 2019, the NSW Civil and Administrative Tribunal (the Tribunal) found that Vitality Works Australia Pty Ltd (Vitality Works) and Sydney Water Corporation (Sydney Water) had contravened s 22B of the Anti-Discrimination Act (1977) (NSW) (the ADA) due to the display of a poster at the Sydney Water Ryde depot which depicted a photo of a female Sydney Water employee, Reem Yelda, and a caption that read “Feel great – lubricate!”.

Ms Yelda had originally agreed to have her photograph taken for Sydney Water’s ‘SafeSpine’ campaign, which Vitality Works had been contracted to manage. However, Ms Yelda did not know the content of the poster prior to its display. Ms Yelda first saw the poster on the wall outside the men’s toilet and lunchroom and felt humiliated due to its sexual nature. The Tribunal found the poster constituted sexual harassment under ss 22A and 22B of the ADA. In 2020, the Tribunal Appeal Panel affirmed the Tribunal’s decision.

Consequently, Vitality Works appealed to the Court of Appeal to have the damages awarded to Ms Yelda dismissed, arguing they were not liable for the conduct and that ss 22A and 22B had been wrongly assessed.

The Court upheld the Tribunal’s decision that because Vitality Works was contracted to manage the design, publication, display and distribution of the poster, the conduct contravening ss 22A and 22B was attributable to both Vitality Works and Sydney Water under s 53 of the ADA.

The Court stated that the question of whether conduct amounts to ‘unwelcome’ conduct of a sexual nature under s 22A is not an objective test. Rather, whether conduct is ‘unwelcome’ requires a subjective test ‘determined only by reference to the complainants state of mind.’ The Court reaffirmed that the subjective intention of the alleged perpetrator to engage in unwelcome conduct is not an element of sexual harassment. The second element of s 22A, whether a person would be offended, humiliated or intimidated by the conduct is an objective test.

The Court rejected Vitality Works argument that unless the conduct is sexually explicit it cannot amount to sexual harassment. McCallum JA outlined that ‘Innuendo, insinuation, implication, overtone, undertone, horseplay, a hint, a wink or a nod, are all devices capable’ of being unwelcome conduct under s 22A.

The Court affirmed that Ms Yelda and Vitality Works were workplace participants under s 22B as the Sydney Water Ryde depot was a “workplace” for each of them, with Vitality Works as a contractor and Ms Yelda as an employee.

The NSW Court of Appeal decision emphasises that a broad range of conduct could constitute sexual harassment including horseplay, and sexually suggestive “jokes” and comments, including “jokes” and comments containing a double meaning. It also recognises that the scope of a ‘workplace participant’ for the purposes of sex discrimination legislation is broad and captures the employer, and employees, as well as contractors, volunteers and trainees.

In light of this decision, and in preparation for the introduction of the Sex Discrimination and Fair Work (Respect at Work) Amendment Bill 2021, employers should review their practices to reduce the risk of sexual harassment and ensure a safe workplace for employees.

In order to eliminate the risk of such behaviour and the potential liability associated with it, employers must have clear anti-discrimination, harassment and bullying policies in place and ensure that employees are provided with regular training about appropriate behaviour. Employers that can evidence the steps they have taken to ensure compliance will reduce their liability and risk of such claims arising.

If you would like further information regarding any of the changes proposed by the Sex Discrimination and Fair Work (Respect at Work) Amendment Bill 2021, or require assistance with developing appropriate policies, complaint mechanisms, or conducting training about appropriate workplace behaviours, please get in touch with the Employment team at McCabe Curwood.

PrevPreviousSpotlight on Sexual Harassment
NextKey employment rate changes for 2021/22Next 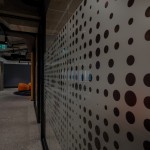 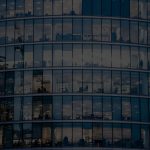